What Is Inflammatory Bowel Disease?

What Is the Pediatric Inflammatory Bowel Disease Program?

The pediatric inflammatory bowel disease program is a specialized program for children suffering from IBD. The program offers comprehensive diagnosis and management of IBD including ulcerative colitis and Crohn’s disease along with other intestinal disorders. Hospitals with large infrastructure have a multidisciplinary approach and a team of specialists including gastroenterologists, urologists, pediatricians, and nutritionists provide excellent care to the patients. Along with medications and surgical interventions, diet care, stress management, and lifestyle changes are also advised under the Pediatric inflammatory bowel disease program.

What Are the Symptoms of Inflammatory Bowel Disease?

The symptoms of IBD depend upon the type developed in children.

General symptoms of IBD are:

What Are the Risk Factors for Inflammatory Bowel Disease?

Factors that exacerbate or increases the risk of developing IBD are:

Family History: The risk of developing IBD increases when the close relative of the person such as parents or child suffers from IBD.

Age: Generally, IBD is diagnosed in people under the age of 30 years. However, it may also be diagnosed after 50 years.

Ethnicity: White people have a high risk of developing this condition.

Smoking: People who smoke are at increased risk of developing and exacerbating IBD.

Habitat: Environmental factors such as smoke or pollution also increases the risk of IBD.

Prolonged use of Anti-inflammatory medications: NSAIDs drugs increase the risk of developing IBD and worsens the symptoms of this condition.

What Are the Types of Inflammatory Bowel Disease?

The two types of IBD are Crohn’s disease and Ulcerative colitis. It is important to diagnose the type of IBD because both have different medical intervention strategies.

How is the Diagnosis of Inflammatory Bowel Disease Done?

The diagnosis of the IBD is done through the following diagnostic techniques:

Physical Examination: Comprehensive physical evaluation is done by the top gastroenterologist in India on patients who are presented with the symptoms of IBD such as abdominal pain, fever, and diarrhea. The doctor may advise further tests to confirm the diagnosis of IBD.

Stool test: The stool test is done to identify the presence of blood in stools.

What Are the Treatment Options for Inflammatory Bowel Disease?

The treatment for IBD depends upon the type of condition, i.e. whether ulcerative colitis or Crohn's disease. The treatment aims to prolong the period of remission and prevent the occurrence of inflammation and pain. Following are some of the treatment options available at the best pediatric hospital in India for IBD:

Medications: Various medications are prescribed for IBD. Corticosteroids and other anti-inflammatory drugs are administered for reducing inflammation. Immunosuppressants are prescribed to keep the immune system under check. Other medications include antibiotics, pain relievers, and vitamins, and mineral supplements.

Nutrition: Nutritional support is provided to the patient suffering from IBD. This may include specialized diet protocols such as Crohn's Disease Exclusion Diet (CDED) and Exclusive Enteral Nutrition (EEN), which do not irritate the GIT and enteral tube feeding or parenteral nutrition.

Surgery: As ulcerative colitis is generally specific to the colon, removing the colon and rectum (proctocolectomy) may cure this condition.  However, Crohn’s disease, although requiring surgery, cannot be cured. The surgery in Crohn’s disease only offers temporary relief. 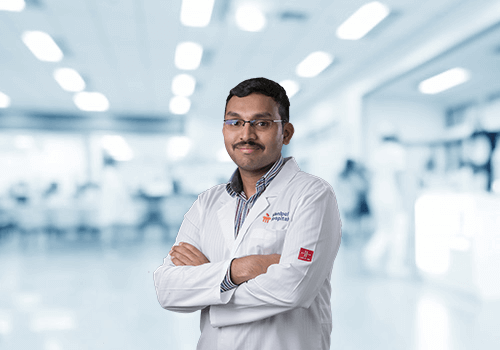