Kyphosis is a forward curve of your upper back. It can cause your neck to jut forward and give you a rounded back appearance.

There are two different kinds of kyphosis, and they can both affect babies, children, teenagers, and adults. The first type, postural kyphosis, is caused by bad posture and can be corrected by the patient. The second type is caused by a structural disorder and cannot be fixed without medical treatment.

That’s right: when viewed from the side, the spine has both inward and outward curves. These curves help our back carry our weight and are also important for flexibility. Kyphosis means the spine curves inward; lordosis means the spine curves outward. There are two kyphotic and two lordotic spinal curves in a normal spine. Your neck (cervical spine) and low back (lumbar spine) have a lordotic curve. Your mid-back (thoracic spine) and pelvis (sacrum) have a kyphotic curve.

So your thoracic spine should have a kyphotic curve or a natural rounding. However, if your spine curves too much, that extreme kyphosis curve can cause pain and other symptoms.

Remember, kyphosis isn’t a disorder. Instead, it’s a description of a curve.

Postural kyphosis comes from bad posture (no surprise there).

However, with the second type of kyphosis, structural kyphosis, the causes are more complex. Disease or fractures can damage your vertebrae, causing them to collapse on one another and creating a curve in your spine. Some diseases or disorders associated with kyphosis are:


Although it’s very rare, some people are born with kyphosis; that’s called congenital kyphosis, and it’s caused by missing or incompletely form parts of the spine.

Finally, some adolescents develop Scheuermann’s disease, which is considered a structural kyphosis. It occurs when the front of the spine doesn’t grow as fast as the back of the spine. Doctors have found that some children begin to develop this type of kyphosis between the ages of 12 and 15—generally a period of bone growth. However, doctors don’t know why some children develop this disease.

What are some non-surgical ways to deal with kyphosis?

The type of treatment you receive will depend upon the cause of your kyphosis.

If your kyphosis is caused by a spine fracture, you can try:
• bed rest
• over-the-counter medications
• prescription medications

Will I need surgery?

If your kyphosis is severe—a curve greater than 70°—your doctor may recommend surgery. He or she may also recommend surgery if your curve is progressing rapidly, your balance is affected, your nervous system is affected, or you have persistent pain. Visit the spine doctor in India if you require surgery.

To correct the abnormal curve, surgeons try to fuse the spine into a more normal curve. Spinal fusion involves placing small pieces of bone between the vertebrae. Over time these pieces of bone will grow and join or “fuse” to the vertebrae on either side together. However, such fusion takes time to occur. To hold the spine in the correct position during the months that fusion takes to occur, the surgeon will use special spinal instruments. These instruments include small steel or titanium rods, bars, wire, plates, and screws. The instruments are attached to the spine and help hold the spine in a more normal curve. After surgery, the instruments cannot be seen as they are small and are inside your body.

Another surgical option is kyphoplasty. It’s a minimally invasive technique that can help restore the height of a vertebra that has been fractured and thus help to reduce your kyphosis. Visit Manipal for spine treatment in India by a team of experienced doctors. 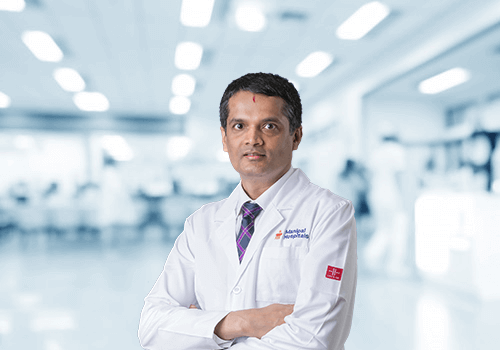 “Oh, my aching back” - an epidemic expression of the 21st century - Spine Care

Working From Home: It’s Time You Stand Up For Your Spine - Spine Care